Don’t Punish Employers Without Due Process

The BizFed Board opposed SB 306 (Hertzberg) unless amended on retaliation actions from whistleblower complaints. SB 306 puts employers at risk because it grants the Labor Commissioner authority to investigate retaliation cases, with or without receiving an employee complaint, and to seek an immediate and temporary injunction when workers face retaliation for reporting violations of the law.Â

The Board supported AB 923 (Ridley-Thomas) which would simply expand the scope of new areas to look to trade in existing emerging economies such as South Africa, Senegal, Sierra Leone, Ethiopia and Haiti. International trade and foreign investment support 4.4 million jobs in California and thus are key components of the State’s $2.4 trillion economy. Over the last 3 years there has been an increase in trade between California and Africa and the Caribbean, improving our competitiveness against states like Florida, Louisiana and Texas which has seen a decrease in their exports to these two nations. 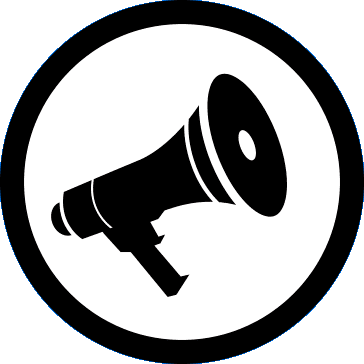 It is well known that Los Angeles is already one of the most difficult and expensive places to build any project. LA County staff was directed to develop a â€œprivate developer civic art requirement. The County Arts Commission has created an outline of such a program that would apply to all new commercial development projects. This would add an entirely new step to the approval process by now requiring plans to be submitted to the Arts Commission and getting their approval and sign off before you could allow tenants to occupy a building. Therefore, the Board opposed the LA County â€œPrivate Developerâ€™s Requirement for Civic Art (PDR) program.Â

Another Layer of Bureaucracy Won’t Fix California Toxic Substances Board In recent years, the Department of Toxic Substances (DTSC) Board has come under fire for lack of oversight when enforcing state and federal law. An audit done by the Legislative Analyst Office found that the department was not properly enforcing state and federal laws and allowing facilities to operate with expired permits and violations. The BizFed opposed – SB 774 (Leyva) which proposes to create a DTSC board to provide oversight and accountability.  The bill creates further bureaucracy that would be less accountable to the public since the Board members would be political appointees.Â  The more logical fix is to overhaul the Department and replace underperforming staff â€“ which is not part of SB 774.

AB 1646 (Muratsuchi) proposes that there be audible alarm emergency alert to the public within a five-mile radius of any oil refinery.  This arbitrary distance can reach communities that are not affected by a refinery emergency and create unnecessary public panic. Refineries are already required to notify several agencies and the fire department in case of emergency and communities surrounding refineries are communicated to and educated about how to respond to existing alerts. This bill would add another reporting structure under the certified unified program agency. Therefore, the Board opposed AB 1646 (Muratsuchi).

Mike Lewis: ‘Rain tax’ is back, and L.A. County residents could get soaked